Skip to content
My problem, I have discovered, is that I’m fickle. I am forever tipping the balance between a care-free “eat when you’re hungry until you’re full” attitude and a desire (starved of sense) to be thought of as the thinnest in the group. I get tempted time again by the chocolate gorged dessert and whilst I relish it in the moment, the guilt eventually catches up. But if I don’t order dessert…well, I feel even worse for having succumbed to the calorie-conscious monster inside of me and I pine for the oozing chocolate I missed out on. However the recent rise of the “Barbie waist” has made me realise once and for all that a hand span waist disproportionate to the rest of the body is about as attractive as the prospect of wearing a double corset for three months in order to achieve it. I’m not saying there’s something wrong with trying to lose weight to gain confidence, I’m merely stating that a life spent calculating calories and favouring a lifetime of slim hips over a delicious moment on the lips is a life misspent.
As for Barbie, she’s hardly a role model for the perfect figure; she’s made of plastic and honestly, her life isn’t so fantastic. If Barbie were a real person, she wouldn’t actually be able to stand up: her ankles are too thin, her chest is so big it would topple her over and her waist is the size of an average 12 year old.
It’s only natural that people would strive for self improvement, but it seems that today’s society has established an ultimatum for the women it swallows whole – there is no healthy middle ground, merely a constant stream of criticism and emphasis on the super-fat vs super-skinny: a choice between only starvation or greed. And the extremities become more severe each day. Obesity has doubled in the last twenty five years alone in the UK and teenage eating disorders are growing alarmingly inevitable. The pressure to encapsulate society’s vision of perfection has proved too much for several of my friends, who have at a young age, already experienced the turmoil of anorexia. Having witnessed that, I can safely say I would not wish it upon my worst enemy. It’s a cliche yes, but I’ve found that you are at you’re healthiest and happiest when you eat what you want and follow the rules that have almost become cliches to my generation: eat your five a day, exercise, maintain a balanced diet and don’t starve yourself of the nutrients you need to grow.
I know it’s easier said than done. Of course it is. But with the measures modern women will go to becoming more extreme -and potentially harmful- with each passing day, it is vital that charities such as BEAT have the support they need in their fight against eating disorders and the role the media play in society’s perception of the perfect body. 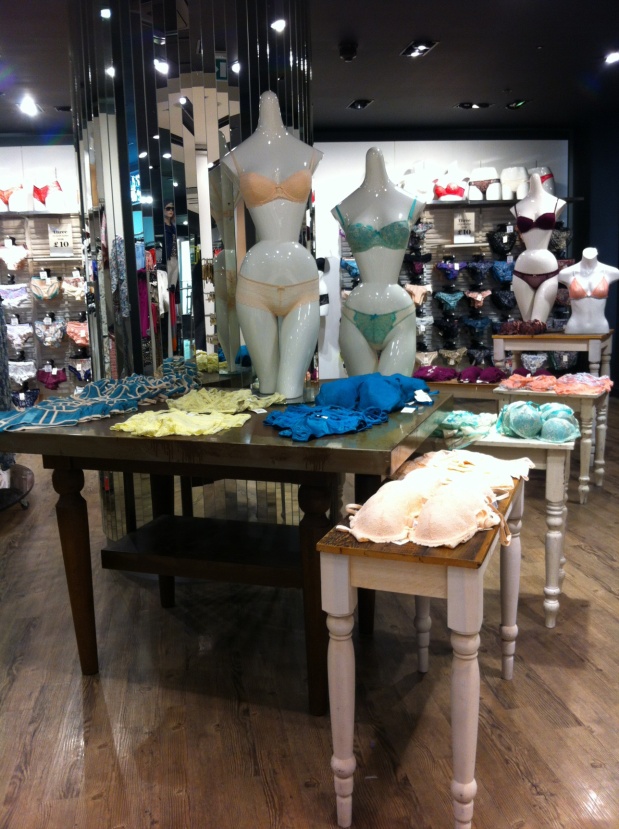 UPDATE: I was shocked to see these mannequins in Topshop the week after I posted this. The message this sends is hardly a positive or healthy one.